5 simple tactics to help you build an open feedback culture

An open feedback culture doesn't develop overnight. It takes time to get everyone in the organisation feeling comfortable giving feedback so openly. However, here are some actions you can get started on straight away to encourage behaviour change.

If you can create an environment where people feel comfortable giving and receiving feedback openly, it can transform your organisation. But building an open feedback culture doesn’t happen overnight, especially if people are used to ‘feedback’ being something that comes up only once a year at annual reviews.

Research shows that people aren’t often confident in giving feedback to others, especially to their managers or those in more senior positions. It takes time to get everyone feeling comfortable giving feedback so openly.

1. Use a non-anonymous 360-degree feedback tool

It’s near impossible to make an open feedback culture stick if you’re still using anonymous 360-degree feedback tools for annual reviews. An anonymous approach wholly contradicts the message you are trying to send across about the benefits of open feedback. Taking away the anonymity from formal feedback processes reinforces to people that it is ok to give feedback openly.

2. Teach people how to give effective feedback and provide opportunities to practice

Techniques like feedforward, DESC, and what/why, as we talked about in this post, provide people with helpful frameworks to help them deliver feedback in a way that is effective. But people will never really feel confident unless they are given a chance to hone their skills. Workshops can be a valuable way for people to practice giving feedback in a safe environment.

By making feedback part of everyday work processes, like meetings and projects, you give people an opportunity to practice feedback.

4. Hold regular meetings where people can share their views

An open feedback culture doesn’t just refer to peer-to-peer feedback. Providing opportunities for people to get together and talk face-to-face about things they think are going well and not so well within the company, from frustrations with ways of working, to ideas to make processes more streamlined, or how to tackle a recurring issue, can have many benefits for companies. Not only does giving people a voice make them feel valued, but it empowers them to speak up and is a great way of warming people up to feel more comfortable sharing their observations.

One example could be to hold regular Stop-Start meetings. Get everyone in a room together on a regular basis, perhaps quarterly, to discuss what people think the company should start doing and what it should stop doing. You’ll need someone to facilitate the session who can moderate the activity and bring clarity to what is said.

5. Encourage people to recognise others publicly

Creating an open feedback culture isn’t just about encouraging people to point out how things could have gone better. People also need to feel comfortable giving praise and recognition when things go well. As we talked about in a previous post, people generally aren’t given enough positive feedback. The risk is that people end up feeling unappreciated, and you start to lose good people as a result.

There are simple systems organisations can introduce to help people become better at recognising when things go well. It may be that you introduce a way to give praise within your company’s online HR system, or introduce a ‘people news’ section to company meetings.

There may also be more imaginative ways you can get people in the habit of giving praise. Here at t-three, we helped one client establish an initiative based on the “invisible gorilla test” that we discussed in this post. ‘The Order of the Gorilla’ meant that if someone noticed someone doing something well or something that had helped them or the team in some way, the law was that they were to give the stuffed toy gorilla to that person. They also had to tell them what/why; they had done well, and why it had a positive effect. The gorilla would then sit on the person’s desk for a week. In this case, what we found was that it became a talking point in the office, and slowly, people started to get better at noticing when things went well and offering praise and recognition.

Feedback is a skill. And the best way to develop a skill is through practice. The good news is there are many ways you can adapt or introduce structures and processes to get people practising giving feedback. These do not have to include the Smiley face, Straight face exercise or The Order of the Gorilla - find something that resonates with your people and works for your company. The important thing to remember is that practice builds confidence and creates habits. And this is how an open feedback culture can be built and sustained. 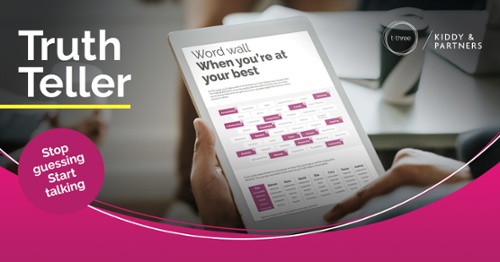