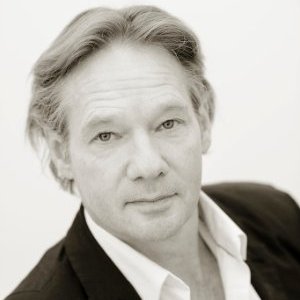 The power of team dialogue

Great conversations power great teams. Discover the positive impacts this will have your business.

Think back to the last time your management team had to make a difficult decision. Perhaps it had to do with where to cut the budget, whether to keep going with a poorly performing initiative, or which of several strategies might be the most effective. Once you zeroed in on a particular decision, did you push hard to gather the evidence to support it in order to build consensus? That’s what most decision-makers would do.

Many managers believe that it’s a good thing to quickly cultivate a consensus within their team about the right course to take. To be sure, once a decision has been made and is being implemented, getting everyone on the same page is important. But the process of making that decision in the first place will benefit greatly from being influenced by a wide range of diverse views.

So what’s the problem?

All too often, leaders do not fully embrace challenge and do not foster a climate in their teams where differences are openly expressed or explored. As Margaret Heffernan put in her famous book, Willful Blindness:

“People in positions of power are often surrounded by others who wish to please them and hope to acquire power by doing so… it is the responsibility of the powerful to ensure that they surround themselves with independent thinkers and critical allies who have the freedom and moral courage to tell them the truth”.

How do businesses avoid this issue?

At Toyota, “respectful disagreement” is one of the core tenets of the Toyota Way. Toyota’s goal is to foster a culture in which diverse views get freely expressed, because they consider every worker’s individual perspective to be an important ingredient for strengthening corporate decisions. The saying at Toyota is:

‘If two people always agree, then one of them is redundant’

How the senior teams talk sets the tone

The way that top teams ‘talk’ sets the tone for the rest of the organisation and leaders need to pay attention to it. They have to encourage challenge and free debate, and by doing so, they set an example for leaders across the whole organisation.

But open debate is not just about the personal leadership style of senior leaders; it is also about cultivating the right habits. Many teams quickly fall into comfortable routines with regular agendas, fixed points of view and little genuine dialogue. Meetings can easily become stale rituals where team members are at risk of group-think and where fresh insights rarely emerge.

Leaders need to recognise this ‘habit trap’ and encourage team members to reflect on how they talk together. They have to find ways to challenge established patterns and promote open debate, in their own teams but also in leadership teams across the organisation.

The six attributes of team dialogue

Research conducted by The Right Conversation in association with Ashridge Business School shows that there are 6 dimensions of dialogue to pay attention to within a team.

These attributes can be assessed using the Team Dialogue Indicator and the results used as a starting point to discuss how productively the team engages in dialogue. There is of course no ‘right’ way for a team to talk, just as there is no ‘right’ way to be married or to conduct a friendship.

But healthy teams recognise that periodically asking members to reflect on how they talk together is critical to ensuring the team continues to operate effectively and, crucially in the case of senior teams, that it sets the right tone for the rest of the organisation.

To find out more about the importance of team dialogue, and improving it at all levels of the organisation, download: The HR professional's guide to conversational leadership